I told you there was a tank opposite the pub I had a drink in on Friday after work, but did you believe me? 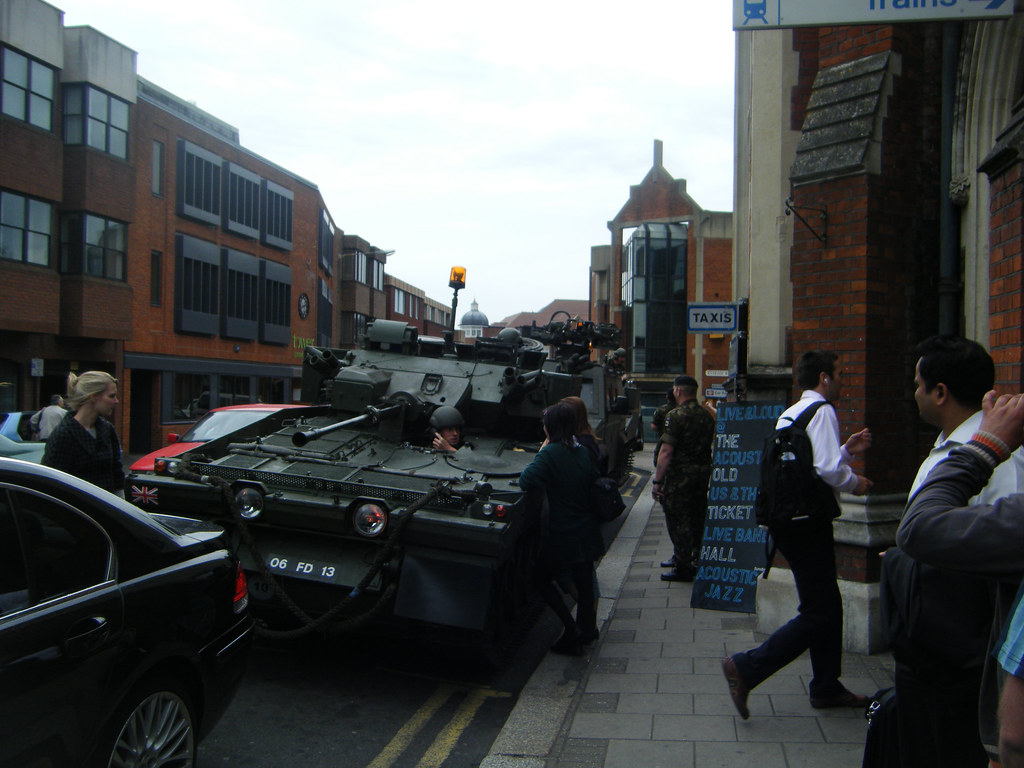 This photo was part of a project to take a photo every day for ten years, it also appeared on Flickr.